After the DXY fell intra-day to a new 7-month low of 101.56 yesterday, the Bitcoin price briefly managed to tackle the key resistance zone above the $21,500 mark, reaching its highest level since September 13, 2022, at $21,650. However, the euphoria did not last long for two reasons.

First, the DXY showed a strong bounce, and second, news became public that Genesis Trading could be preparing for bankruptcy. This has stoked new fears that the contagion in the crypto market could roll on after the FTX bankruptcy in November. But what is known so far and what could this mean for the Bitcoin price?

According to a Bloomberg report yesterday, Genesis Trading, a subsidiary of crypto mogul Barry Silbert’s DCG empire, is facing bankruptcy. If the report proves true, the bankruptcy filing could come as early as this week, according to Bloomberg.

Faced with a lack of liquidity, Genesis is currently in confidential negotiations with various creditor groups. Genesis and DCG have reportedly exchanged several proposals with creditors, but have so far failed to reach an agreement.

Genesis is working on a restructuring plan, according to informed sources. Some creditors apparently would be willing to accept a mix of cash and share certificates from DCG.

However, the deal may not be ready yet, as Bloomberg reported yesterday. According to crypto author Samuel Andrew, citing sources close to DCG, talks are continuing and plans could still change. Andrew wrote today:

What Impact Will It Have On The Bitcoin Price?

Although details are not yet available, it seems likely that a “pre-packaged” deal could prevent a major market impact on Bitcoin price by preventing DCG’s insolvency and liquidation of Grayscale.

If there’s no deal, this could arguably result in the “cash cow” Grayscale having to be sold or DCG being forced to liquidate large chunks of its Grayscale Bitcoin Trust (GBTC) holdings. This is due to the fact that DCG owns Genesis money.  The loans are $575 million due in 2023 and another $1.1 billion promissory note due in 2032 to Genesis.

However, there are several factors still unclear. Thus, it’s still not clear if a Genesis bankruptcy will automatically result in DCG going down, depending on the question of if they can raise enough funds. Also, the liquidation of GBTC isn’t an easy task as it comes with high legal hurdles and requires the SEC’s approval.

Accordingly, crypto influencer Lark Davis also commented via Twitter, “No indication yet on how this will affect DCG or the Grayscale Bitcoin and Ethereum Trusts.”

Hypothetically speaking, a liquidation of the entire GBTC could mean a massive dump if more than 630,000 BTC were flushed into the still illiquid market. Even if the liquidation were to take place over a period of several months, such selling pressure would likely drive the Bitcoin price significantly down.

At press time, the Bitcoin price remained relatively stable despite the rumors and stood at $20,802. 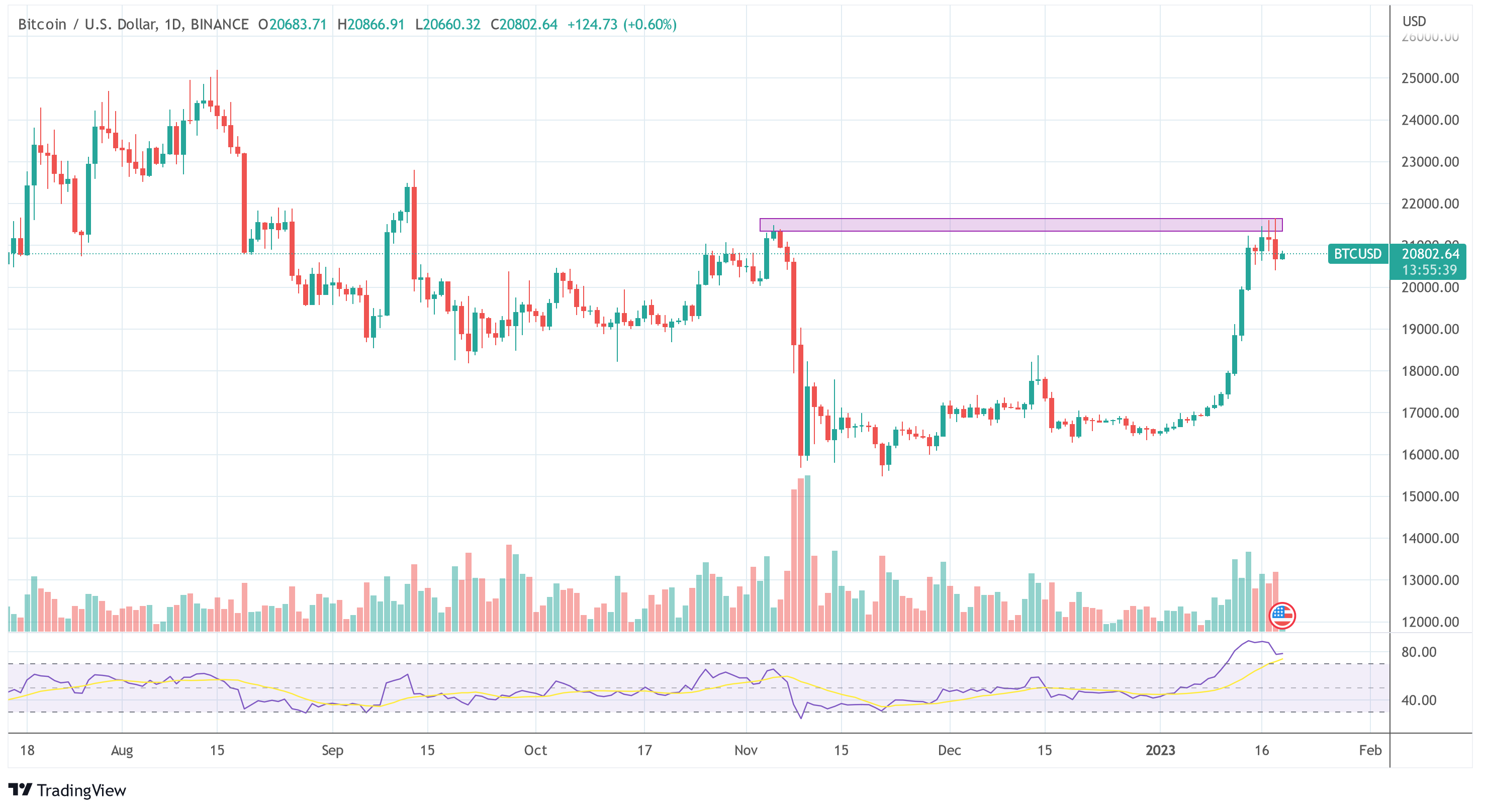